banana punch strain Sharing its name with a fruity cocktail from popular theme restaurant The Rainforest Cafe, Panama Punch is a

sativa-leaning hybrid. This strain is a cross between award-winning sativa Neville’s Haze and Panama Mean

Green and has all the potency and pungency of its parents. The THC content of Panama Punch has been

Panama Punch makes it bag appeal clear right off the bat with large and well-formed flowers. These buds have

a dense indica-influenced structure and maintain a tapered, cone-like shape. The small, curled leaves are a

patchwork of dark and light green, often flecked with spots of deep purple; these indigo hues are the product of

high concentrations of anthocyanin pigment in the bud’s genetics. Glossy white trichomes finish off these

already-colorful flowers, giving them a dewy and silvery sheen.

Flowers of Panama Punch emit a strong citrus aroma, tinged with some tropical notes of pineapple and

grapefruit. A closer inspection may pick up on some floral accents as well. Meanwhile, grinding up these

compact flowers releases more of a peppery, herbal tang that may be familiar to fans of Haze. When it is burnt

in a pipe or joint, Panama Punch gives off a rich and fragrant smoke that’s typically easy on the lungs. On the

exhale, this smoke has a sweet, fruity flavor.

Shortly after it’s ingested, Panama Punch exerts a buzzy head rush that comes with some tingling around the

temples and eyes. Other initial sensations include flushing in the cheeks or an increase in salivation.

Eventually, these tics subside, leaving users with a uptick in the intensity of their thinking. Certain ideas or

concepts may suddenly absorb the smoker’s attention, while ideas may flow rapidly in a kind of uninhibited

free association. As a result, Panama Punch can be a great way to get some work done, whether you need to

take on detailed analytical tasks or creative projects. In social settings, the strain’s mental stimulation can even

spill over into free-flowing conversation, making it a great way to break the ice. In addition to this lucid

cerebral state, Panama Punch can come with a jolt in physical energy that can burnt off with some moderate

An hour or so into the strain’s high, some weighty physical sensations may begin to creep in. Limbs and eyelids

and users who are so inclined can still achieve some measure of conversation or productivity. If dosage is

increased however, this bud may lead to more of a trippy, dreamy vibe as users slowly sink under the weight of

its sedation. Because of its gradual descent into drowsiness, Panama Punch is recommended for afternoon or

evening use — or at least during an especially slow day.banana punch strain 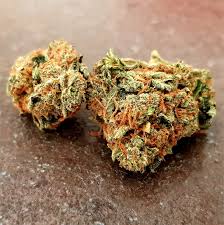 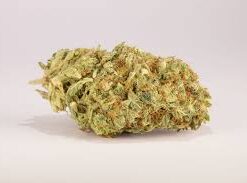